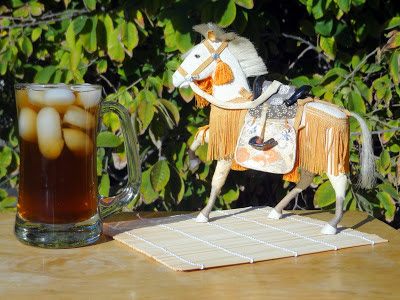 Sometimes we need a break from sugary drinks, especially in this heat wave. I know that I, for one, could always work on reducing my caloric intake and it's amazing how many calories we consume in the form of drinks. I'm also wary of diet sodas, not to mention that most artificial sweeteners are an acquired taste. I don't particularly like soda anyways, it's not thirst-quenching enough for me, but water can get boring. My western go-to drink is unsweetened iced tea or what's called an Arnold Palmer: iced tea and lemonade mixed together.

I love tea, but sometimes you need some variety, and sometimes you don't need to stay awake all night because you chugged a liter at dinner. That's where Mugicha comes in! 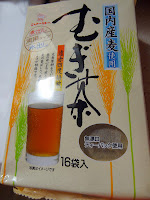 Mugicha (麦茶) is known as roasted barley tea, however it's not actually a tea but rather a tisane or herbal infusion. It is naturally calorie and caffeine free, and even has cavity-fighting properties! Some champions of mugicha have claimed it is part of a cancer prevention diet, because of the antioxidants in it, but I wouldn't go that far. Tea and coffee also have lots of antioxidants in it too.

You can get the roasted barley to make mugicha, but nowadays you will find them in over-sized tea bags that can be hot or cold brewed (or both) depending on the variety. Unlike traditional green tea, where commercial tea bags are usually inferior, these make a great cup of mugicha! 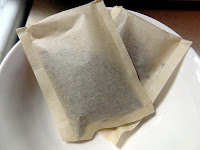 For work, I have a sports bottle that a coworker gave me (love!) and nothing is more convenient than filling it with water, placing a mugicha sachet in there, and placing it in the fridge overnight. In the morning, I have a nice container of mugicha for work!

Mugicha is available on Amazon, or any Japanese or Korean market. It can be served hot or cold, but it is most known as being a great summer thirst-quencher. I never sweeten mine, but apparently it's good that way too. 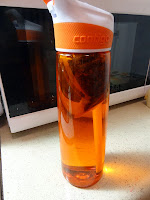 I've never tried this, but La Fuji Mama was brave enough to try making her own mugicha-of-sorts using pearl barley rather than the traditional unhulled barley, and it looks awesome!

P.S. The horse figurine in the top picture is from Japan. It was my mother's when she was a small child, and it is covered in silk and the mane and tail is real horse hair.
Posted by Miss Mochi at 8:12 PM