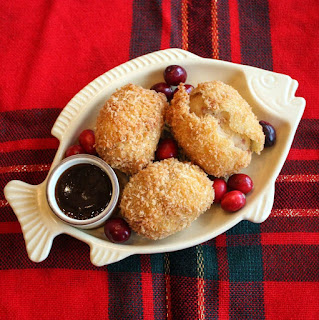 I love korroke, but they can be pretty time consuming to make. So I find that the best time to make korokke is when you already have potatoes boiled, especially easy with leftover mashed potatoes. After all, the most time consuming and tedious part of the whole process is peeling and boiling the potatoes, mashing them, and letting them cool. Now leftover mashed potatoes often have butter or cream in them, but I found that just adds an extra creaminess to these quick croquettes.

Since some of you will be soon making a holiday dinner for Easter that often includes ham, I want you to consider setting some leftover ham aside to make these!

This recipe is adapted from Julia's Korroke, with her secret ingredient of Lipton's onion soup mix! 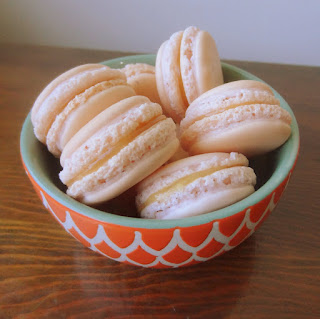 My maternal grandfather passed away a year and a half ago.

He was the one person in my family that had never criticized or questioned where I was going in life, besides my paternal grandfather.

Through every drama-queen fit of histrionics, normal teenage angst--oh hell, even when I shat my pants when I was around four and started bawling, he would figuratively kick my ass and then pick me back up.

Even though he provided the money for my college education and my withdrawal wasted a great deal of his hard-earned money, he said nothing besides reassuring me he knew I was going to go on to do great things, no matter what, and he'd always be in my corner.

His quiet, unassuming confidence in me is something I find unbearable when I'm depressed. How could I ever live up to his expectations of me? I can't even put the right words to paper (or in this less romantic digital age--fingers to keyboard) to properly describe this man, let alone accomplish anything worthwhile or lasting.

My paternal grandfather passed away a couple of months ago. 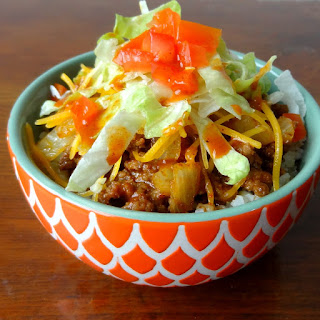 Taco rice, also know as takoraisu (タコライス), is a bit of a strange dish. You can trace it back to the 1980s, where outside the American military base in Okinawa, restaurants created their own twist on Tex-Mex. Rather than using a tortilla, rice forms the base of this dish. The easiest way for me to describe it: taco rice is like a taco salad without the giant tortilla bowl. I can imagine cutting out the tortillas made it easier and cheap for the restaurants to make something filling for servicemen.

This dish is so popular in Okinawa, you can even find it at chains like KFC and Yoshinoya periodically as a special item! This is probably the most famous Okinawan food outside of Japan. 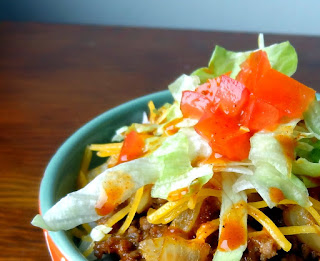 I love it because it makes a great dish for bentos and one-dish donburi. It also tickles me how many cultures this food passed through on its journey to invention. Tacos predate the Spanish, a truly indigenous dish of Mexico. The delicious and humble taco then jumped the border to America, who adapted it to the American palate and mass produced it with a hard shell, ground meat, and iceberg lettuce. Then it was brought to Okinawa, where the hard shell was discarded in favor of short grained rice. Mexican-American-Okinawan fusion? Nah, it's just good food, no labels needed.

How do I put my spin on it? By introducing some Southern California style! I couldn't resist adding some fresh guacamole, something you wouldn't see in an Okinawan diner due to the cost of avocados, but here in Orange County, avocados are practically on every dish. 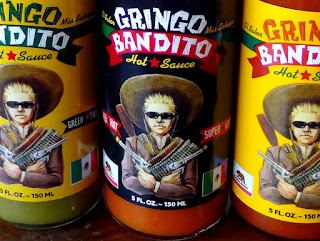 Next, some heat! Taco rice typically is very mild, with no hot sauce at all. I couldn't help tweaking it to fit my palate, and I wanted something that made this dish quintessentially Orange County besides avocados. I grabbed a bottle of Gringo Bandito original hot sauce for the honor. It's made here in Orange County, and was created by the lead singer of the Offspring, Dexter Holland, an Orange County native.

It doesn't get more So Cal-stylish than that! But more than hailing from my home stomping grounds, the Gringo Bandito also brought the dish a nice heat and flavor I needed, without being too salty or vinegary. It's quickly become my go-to sauce for taco night!

My challenge to you: how will you make this dish your own?