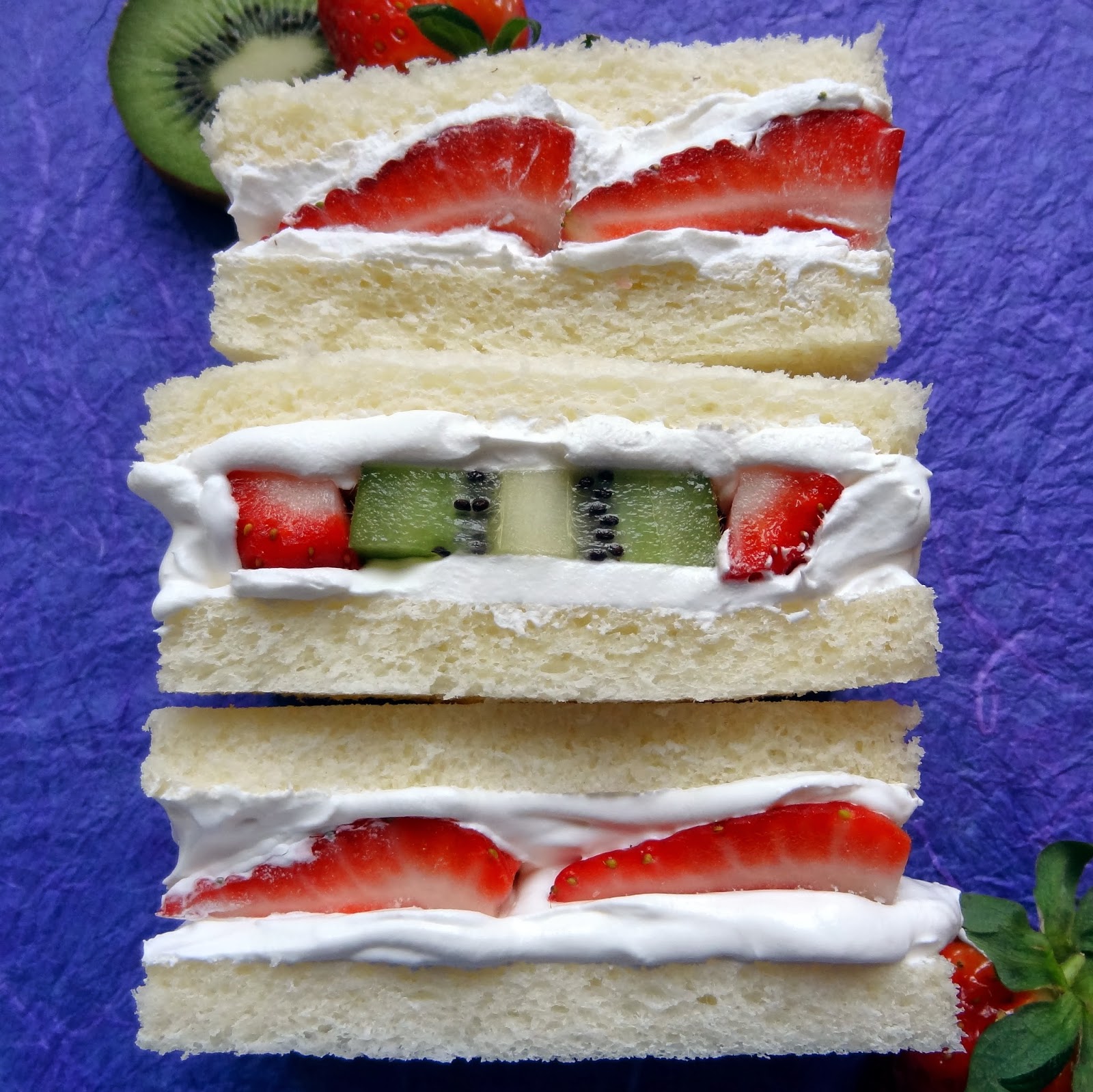 Today is the second anniversary of my very first blog post here at Miss Mochi's Adventures. I'm still wrapping my head around that fact. Do me a favor and don't look back too far, some of the pictures definitely need updating! I'm still not very confident in my photography skills, but anyone can see I've made a big improvement.

The very first recipe I posted for this blog was ichigo daifuku mochi, so in celebration I decided to post another recipe involving strawberries. This one garnered a lot of interest when I mentioned it in my katsu sando post, after all, who here in the states has heard of a fruit and cream-filled sandwich? 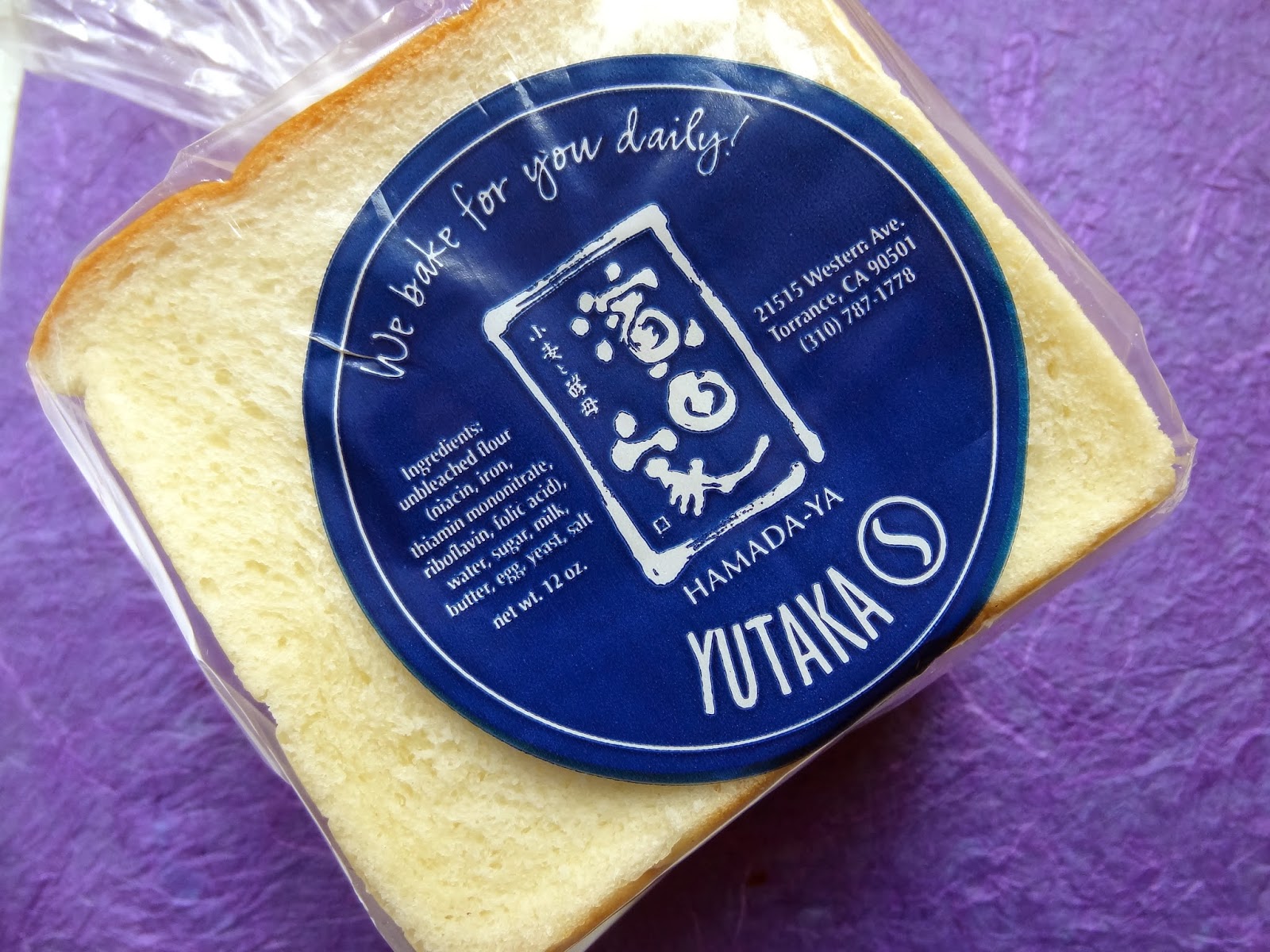 Strawberries are the most popular fruit sando filling, where the sandwich is sometimes referred to as "Ichigo Sando" (いちごサンド) rather than the more generic title of "Fruit Sando" (フルーツサンド). Other popular fruit choices are kiwi, mango, and banana. 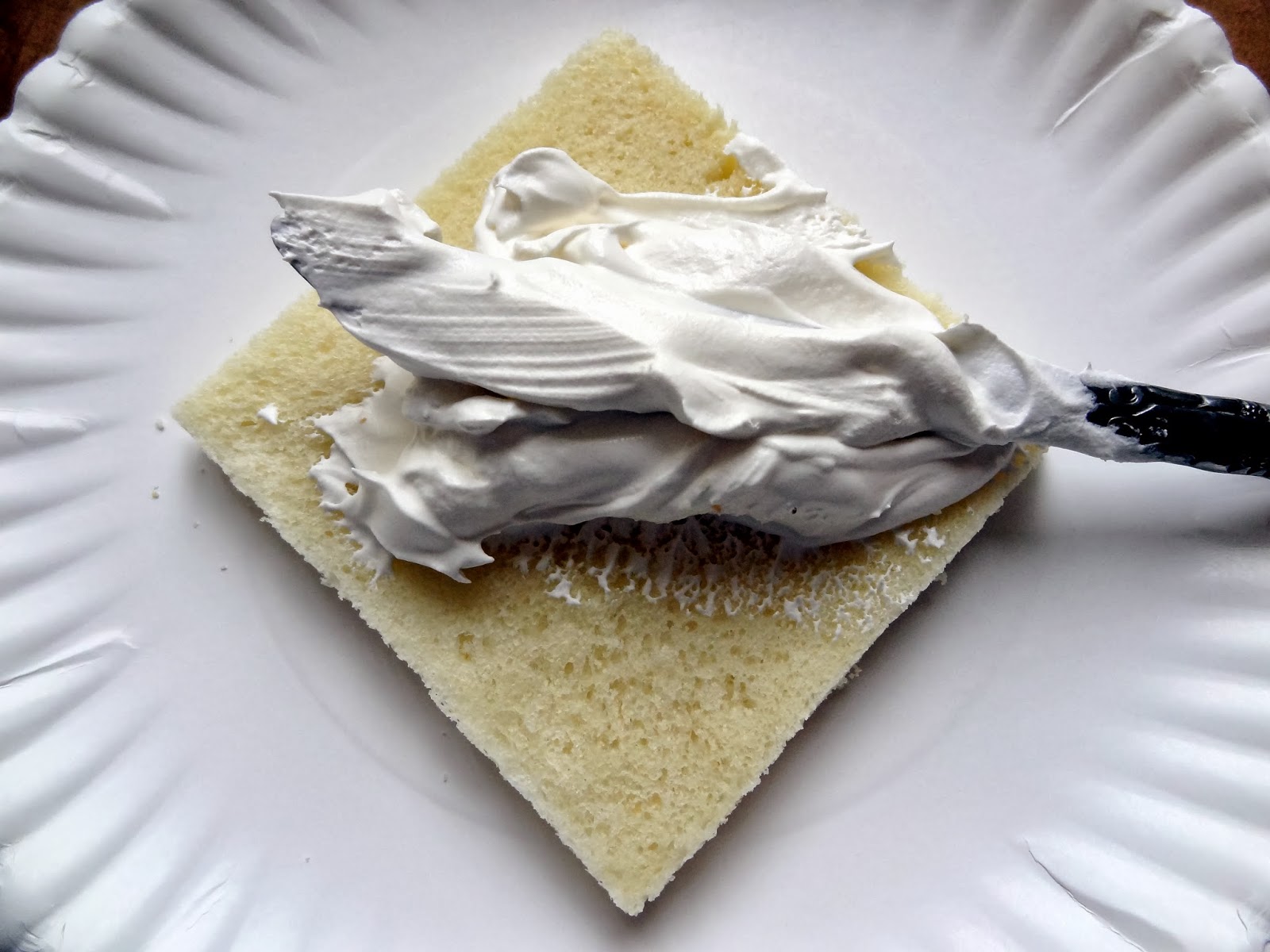 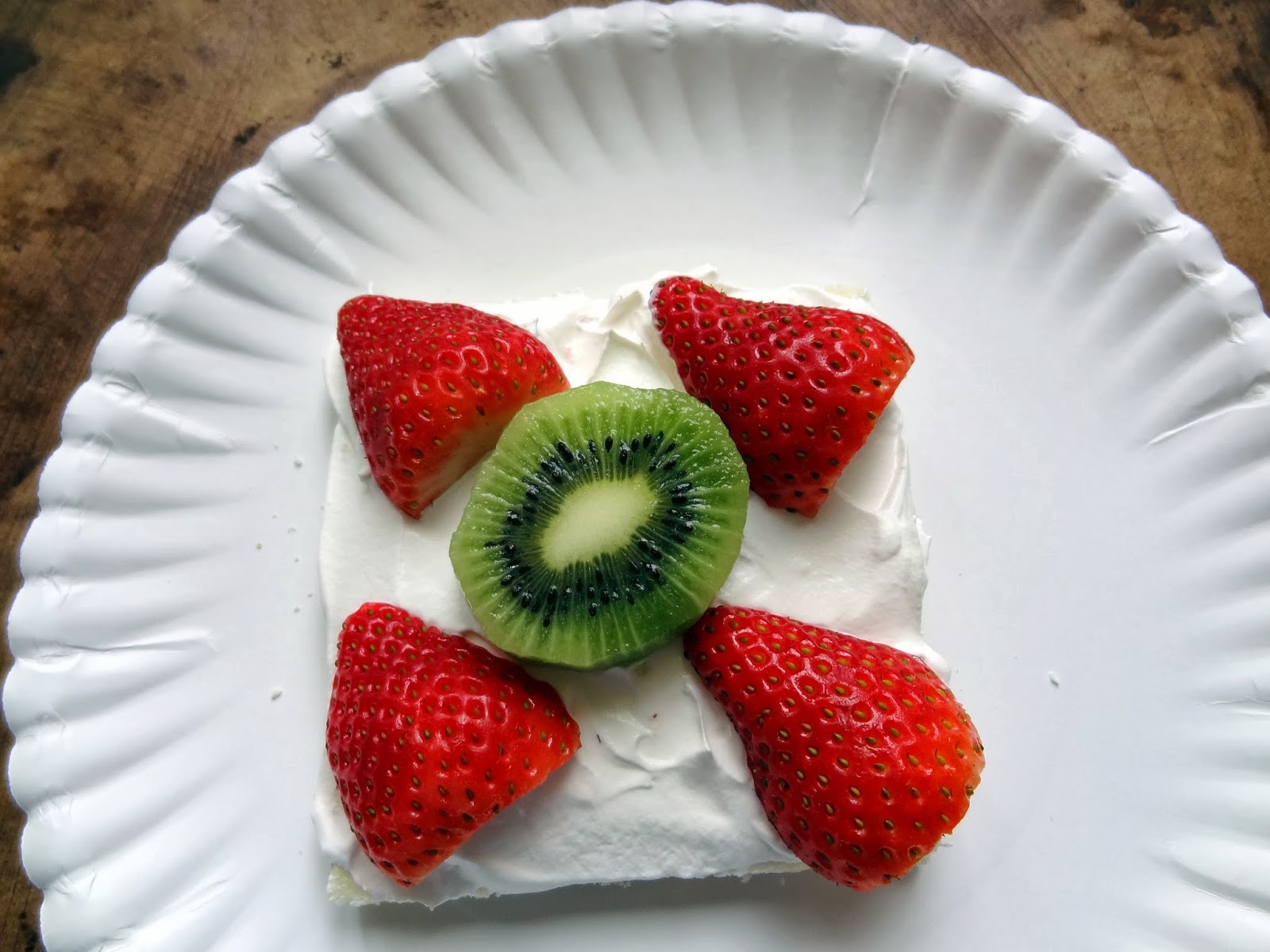 Beat the cream and sugar until the cream is stiff and holds soft peaks on a whisk, do not over-beat. Cover and place in the fridge while you prepare the fruit. Chill for about 10 minutes.

Cut the crusts off the bread slices, and spread each slice thickly with cream. Top one slice with the sliced fruit, and sandwich with the other slice. 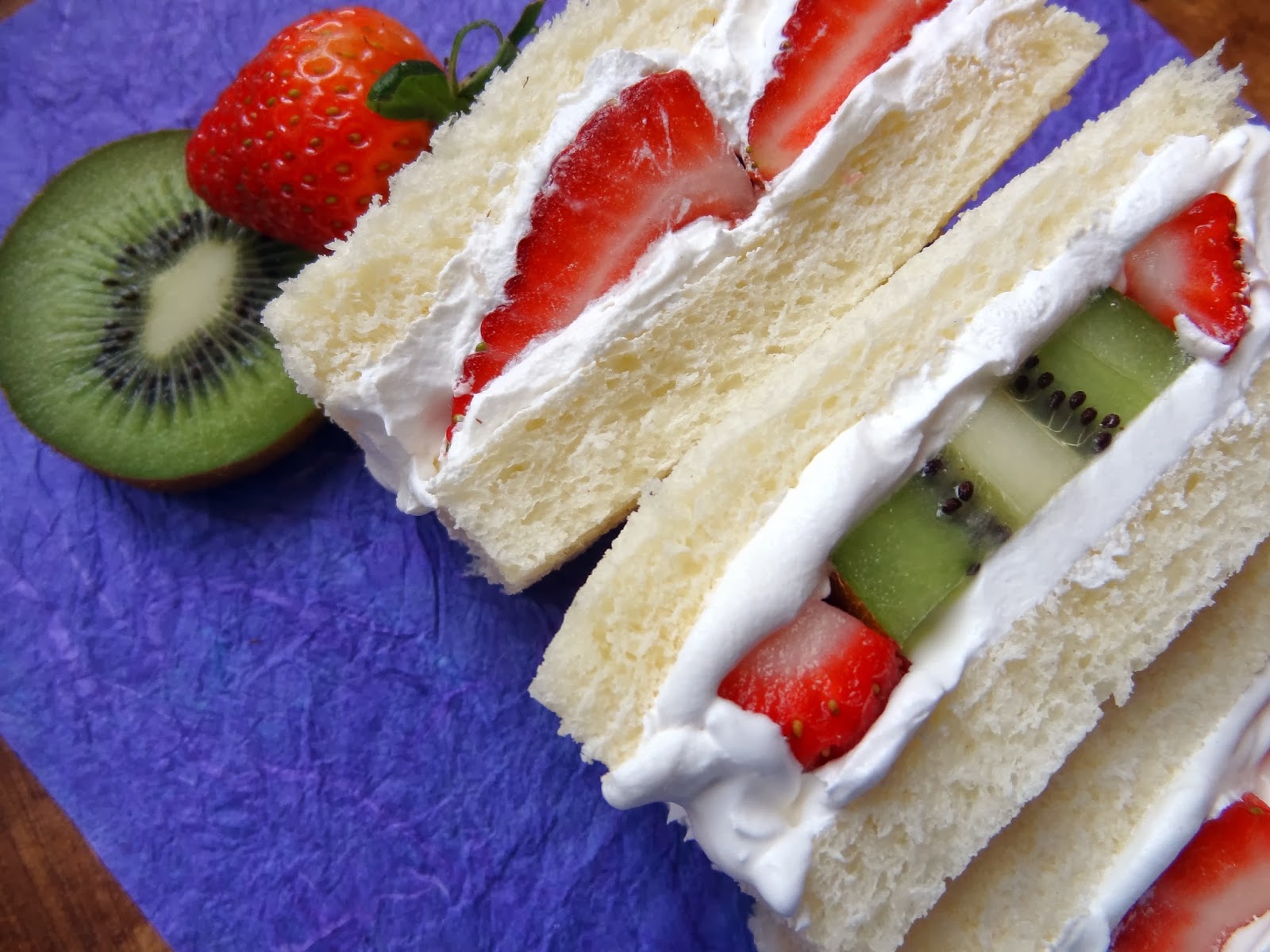 Before slicing the fruit sando, I recommend placing them in the freezer for about 15 minutes, just so that way the cream is stiffer and doesn't ooze all over the place when you try and slice the sando. Slice into triangles or into rectangular halves and serve immediately.

If you don't feel like whipping cream, do not substitute the canned whipping cream, it's too loose to make a good fruit sando. I'd recommend substituting Cool Whip, which has much more body to it. If you want to throw in an American-hapa twist, try peanut butter instead of cream, or even marshmallow fluff! 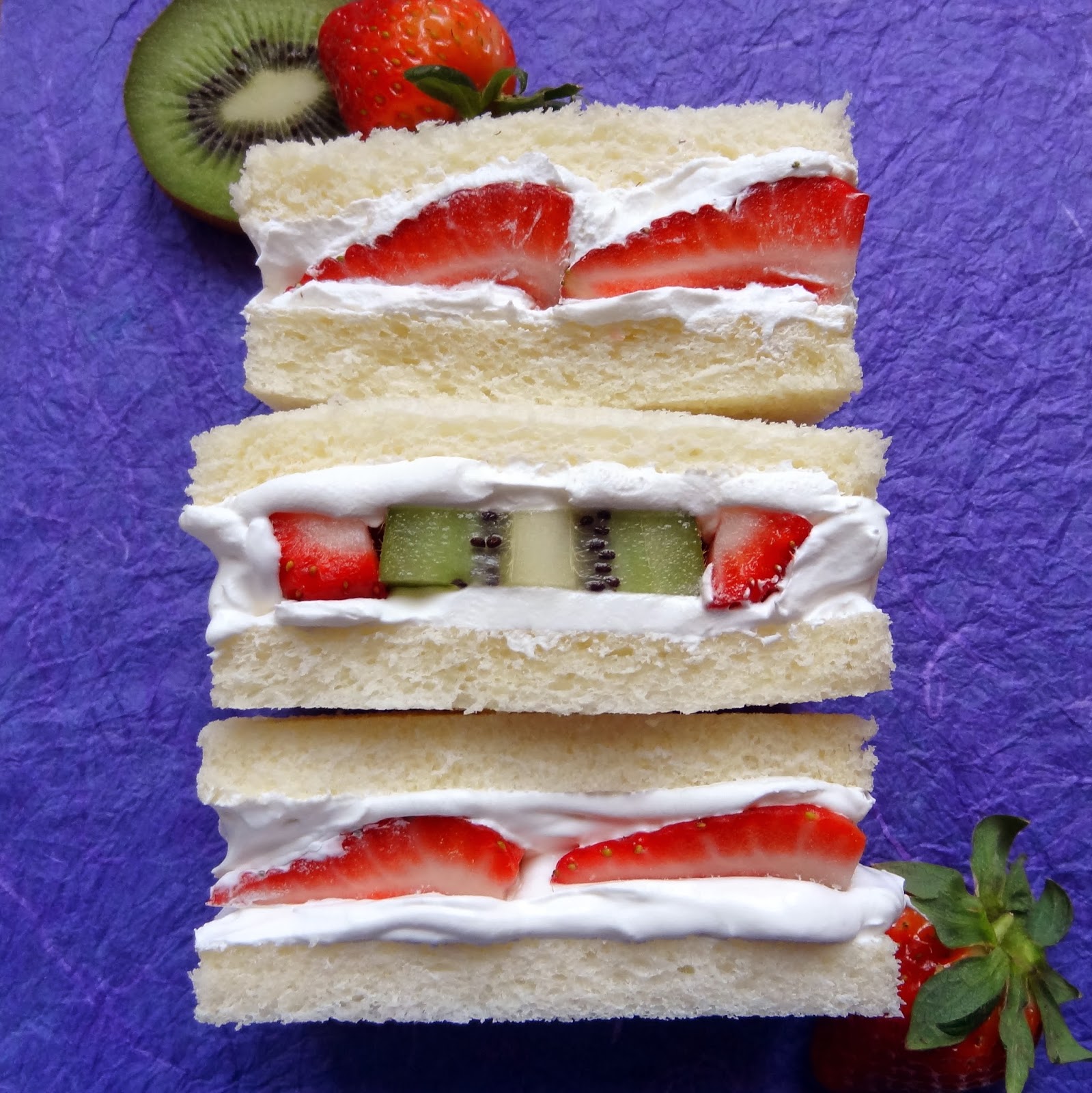