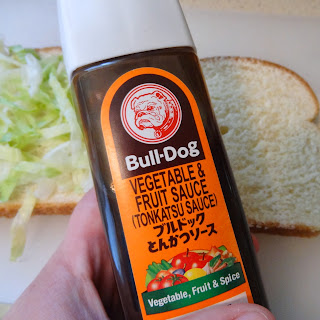 If you don't have access to a Japanese market, there are plenty of fascimiles you can make at home. The most common substitution is as follows:

Additional easy fix: adding some sugar to HP Sauce or A1 steak sauce to make them sweeter.

However, if you're looking for something with a little more complexity, I recommend the recipes on Saveur and Serious Eats. Both of them go for soy sauce for added umami, both rely on mustard for a bit of a kick, and both deliver results.

But if you're lazy like me, and can't hoof it to a Japanese market, it's worth ordering the real deal from Amazon.