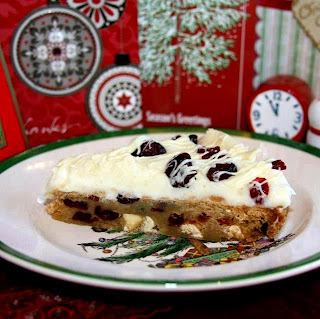 My mom loves Starbuck's seasonal cranberry bliss bars, but unfortunately she recently has become sensitive to wheat gluten. For Christmas, I set about researching how to make some gluten-free bars.

In case you haven't heard of the Starbuck's cranberry bliss bar, it is only available around Christmas and it seems to be one of the most universally beloved baked goods they offer. Cranberries, cream cheese frosting, and chunks of white chocolate make for a nice balance of sweet, savory, and tart. 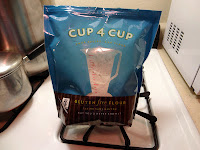 My mom is a sucker for anything cranberry, so this is a guilty pleasure for my mother, and she is very tempted every holiday season. Much to my mother's surprise, there is actually tons of reliable copy-cat recipes posted on the internet already. However, I was looking for a jumping-off point that I could use to make a gluten free recipe. And a good gluten-free flour to use. On a suggestion, I picked up a bag of Cup4Cup from William's Sonoma. On the record, this isn't a sponsored push for the product, but I was exceedingly pleased with the results.

Tragedy struck while making this recipe: while preheating the oven, my friend said, "Hey... I smell gas."

My oven has been periodically giving up on me, or taking 20 minutes to get to the proper temperature, but that day it finally officially died on me. We had to open all the windows since I was accidentally trying to gas us all to death, and I had to hope that a couple days in the fridge wouldn't harm the bar batter.

I brought it over to my parent's house to bake, and thankfully I can report that you can refrigerate the base for several days before baking, if needed. Just increase the bake time by about 10 minutes. 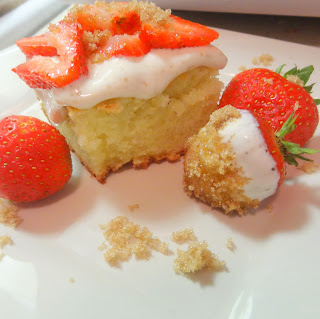 Strawberries Romanoff is an American-French classic: strawberries are macerated in orange liquer and served with sugar and cream, sometimes over vanilla ice cream. My mom used to serve us fresh whole strawberries, dipped in sour cream then lightly rolled in brown sugar. The tang from the sour cream, the tart sweetness of the berries, and the caramel tones of the brown sugar were a perfect combination. Some friends would look at the sour cream dubiously, assuming it better for topping nachos, but one bite made them a convert from whipped cream.

I decided to take this wonderful trio and top butter mochi with it! I knew I already loved it over pound cake, so I figured butter mochi would work just as well. It turned out great, but I was making it for a party with lots of finger food. I think next time I will skewer cubes of butter mochi and strawberry halves and use the sour cream mixture as a dip, to make it much easier to eat at standing parties. 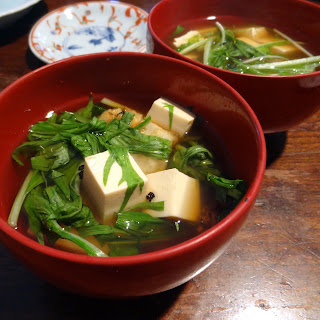