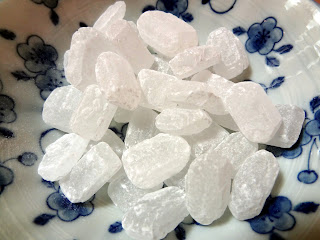 Kouri zatou, "rock sugar" is an ingredient used in making infused liqueurs in Japan, like umeshu. Rock sugar is ideal for this because it dissolves slowly; if the sugar dissolved too fast, it would take longer for the fruit to infuse into the liquor.

Kouri zatou is also a pretty neutral sweetener that allows for the flavor of the fruit to shine through. More assertive sweeteners like honey and black sugar will obviously make the finished product taste different. 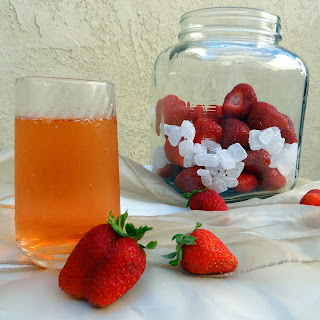 Last month, I shared a recipe on how to make your own umeshu! However, I realize that unripe ume or ao-ume (青梅 literally "green/blue ume") might be hard to find in some areas. So since strawberries are in abundance here in the states, here's an easier recipe to do: Ichigoshu.

Another bonus besides strawberries being easier to find and cheaper here: this drink is ready to drink in 2 weeks! Of course, I like to let it to sit and mature, but the freshly made ichigoshu is such a pretty color, a bright red. As it ages, it will turn a beautiful deep orange. In the above picture, I mixed it with sparkling water so the diluted color is a pretty soft orange.

If you can't get a hold of shochu, vodka or brandy will also work. And remember, just like umeshu, just because it can be roughly translated as "strawberry wine" doesn't mean that ichigoshu has a low alcohol percentage! It is actually more of a cordial or infused liqueur. 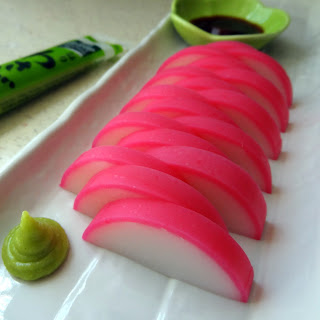 It's been so hot recently, I need a break from cooking. Everything becomes an unwanted source of heat: the oven, the stove, even the toaster. So I decreed it was time to bust out some easy eats that were sans-heat.

Itawasa is slices of kamaboko served in the same fashion as sashimi-- very simply with shoyu and wasabi.

I'm infamous for these food ideas that you can barely call a recipe, but I still wanted to bring this idea to you as it is a great way to experience kamaboko.

This is also a fantastic way to experience and experiment with different soy sauces. Because kamaboko is sweet and mild flavored, this is the time to really try out all those funky artisanal soy sauces you've seen but haven't had a chance to try. 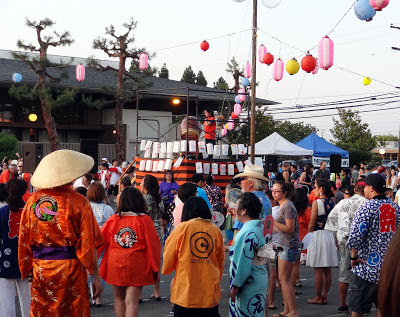 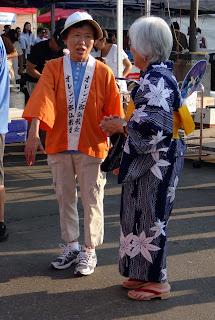