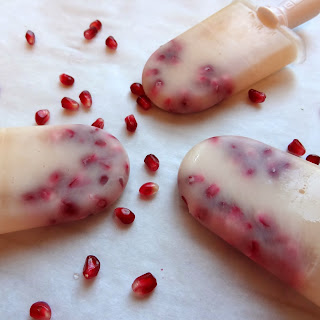 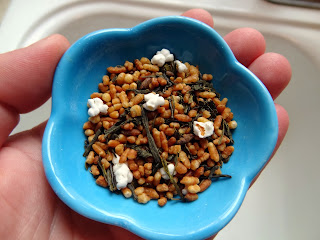 I've talked recently about my love of tea, but I don't think I talked about how much I love genmaicha (玄米茶) specifically. "Genmaicha" literally means "brown rice tea" because it has roasted grains of rice in it. I love how some of the grains of rice will pop into what looks like miniature popcorn. Originally, it was consumed mostly by poor people, the rice was added as an inexpensive filler to make the tea last longer. Of course, it's so tasty that now everyone drinks it. Contrary to most green tea, where you will use cooler water than black tea, you use boiling water for this tea without ruining any of the flavor, however you will steep for a very short time (30-45 seconds).

If you have a Zoku Quick Pop Maker, you will need to chill the mixture as directed. If you have a traditional pop mold, you can skip this step.

FYI: Yeah I killed that test, and ended up getting sick immediately afterwards. I think I won the battle, but stress won the war.

Brew the green tea by placing the genmaicha in the hot water for about 45 seconds, or to desired strength. Mix with the sugar, lemon juice, and honey. Chill in the freezer for about an hour or two, or leave in the fridge for several hours. Divide the pomegranate arils evenly between your popsicles molds, and pour in the green tea mixture. I don't usually measure the arils, because I end up eating so many as I'm removing them from the pith. Whatever survives, gets shoved in. 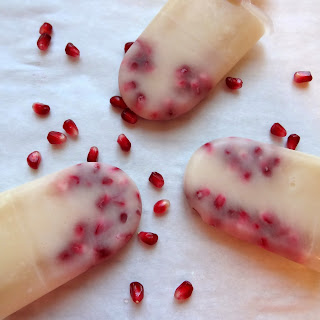