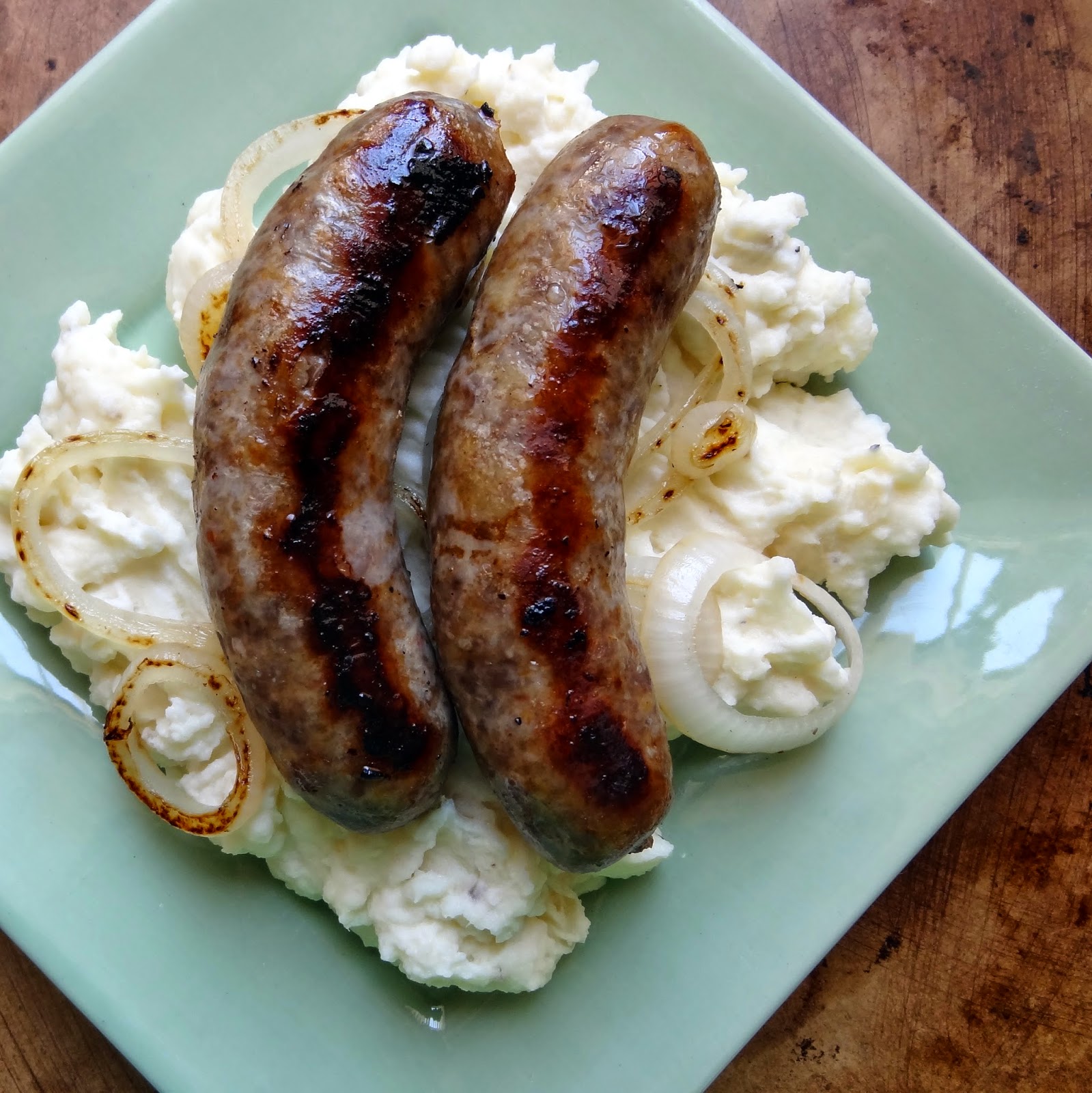 I draw a lot of influence from my mother's cooking, and I don't think anyone is surprised by that. Who doesn't, for better or worse, learn from their family? Sometimes that means never learning to cook at all, but in my family, it means inheriting a whole lot of crazy.

One night it's oden or our family's unique version of Japanese curry, another night it might be pickled beet eggs and braunschweiger sandwiches. Sometimes it's both German American and Japanese American in the same meal. My family really owns its mixed roots, no more so than in its cooking.

This one is decidedly from the German American roots, and also born from my mother's busy work life. This was always a quick meal she could make at home for a fast weekday meal. She would prepare this in a snap on the electric griddle, served with a mountain of sauerkraut and some other veggies.

I make this one even faster by relying on ready-made mashed potatoes from the refrigerated section of the grocery store, as well borrowing my mother's tradition of buying sauerkraut in giant bags or hulking jars.

Recently I secured a promotion at work, and I've been just totally stressed out now that I'm in a management position. Coupled with a commute, I've been turning to a lot of my mother's go-to quick dinner ideas that I had as a kid. 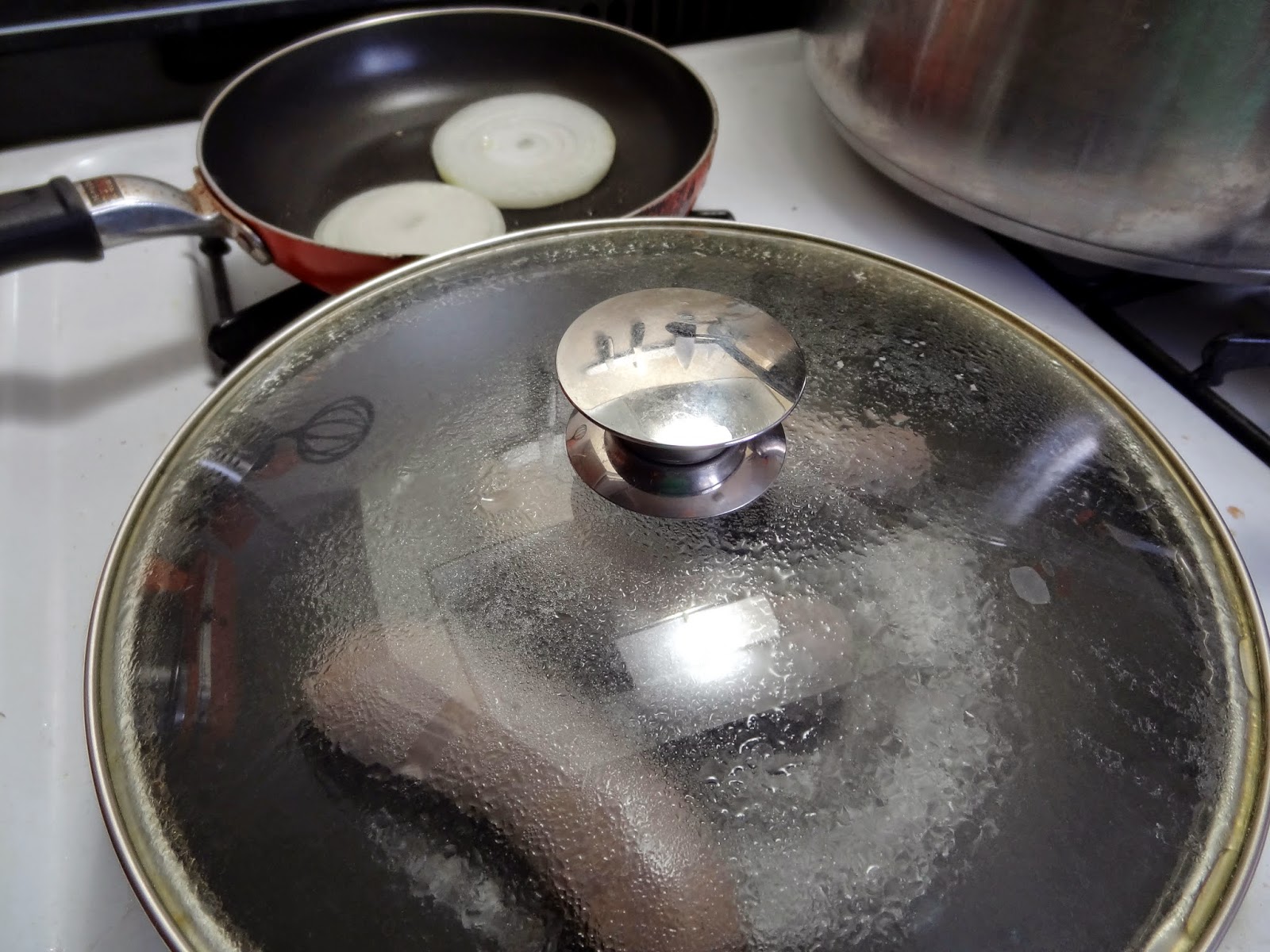 Place the bratwurst in a skillet over medium-low heat and pour in the water and cover. Let cook about 10 minutes, or until the water has evaporated, flipping once halfway through. Uncover, flip the brats, and cook until browned on both sides and no longer pink in the middle.

In a separate pan, gently brown the onions slowly over low heat, stirring as they soften. I like them to have completely lost their crunch, with just the start of some serious browning. But if you like them still crunchy, feel free to cook them faster over higher heat until just the edges are browned.

You can also grill the onions and brats, but I don't have a grill. By the way, I decided to include what my meal actually looks like. Normally Mr. Mochi gets the attractively plated meal, because frankly I can't normally eat that much. A lot of times neither can Mr. Mochi, and we package up the rest for lunch tomorrow. But it is a great example of food blogging and food in general: portion size is sometimes completely wonky due to aesthetics. Restaurant meals are gigantic, I think partly because we eat with our eyes first. 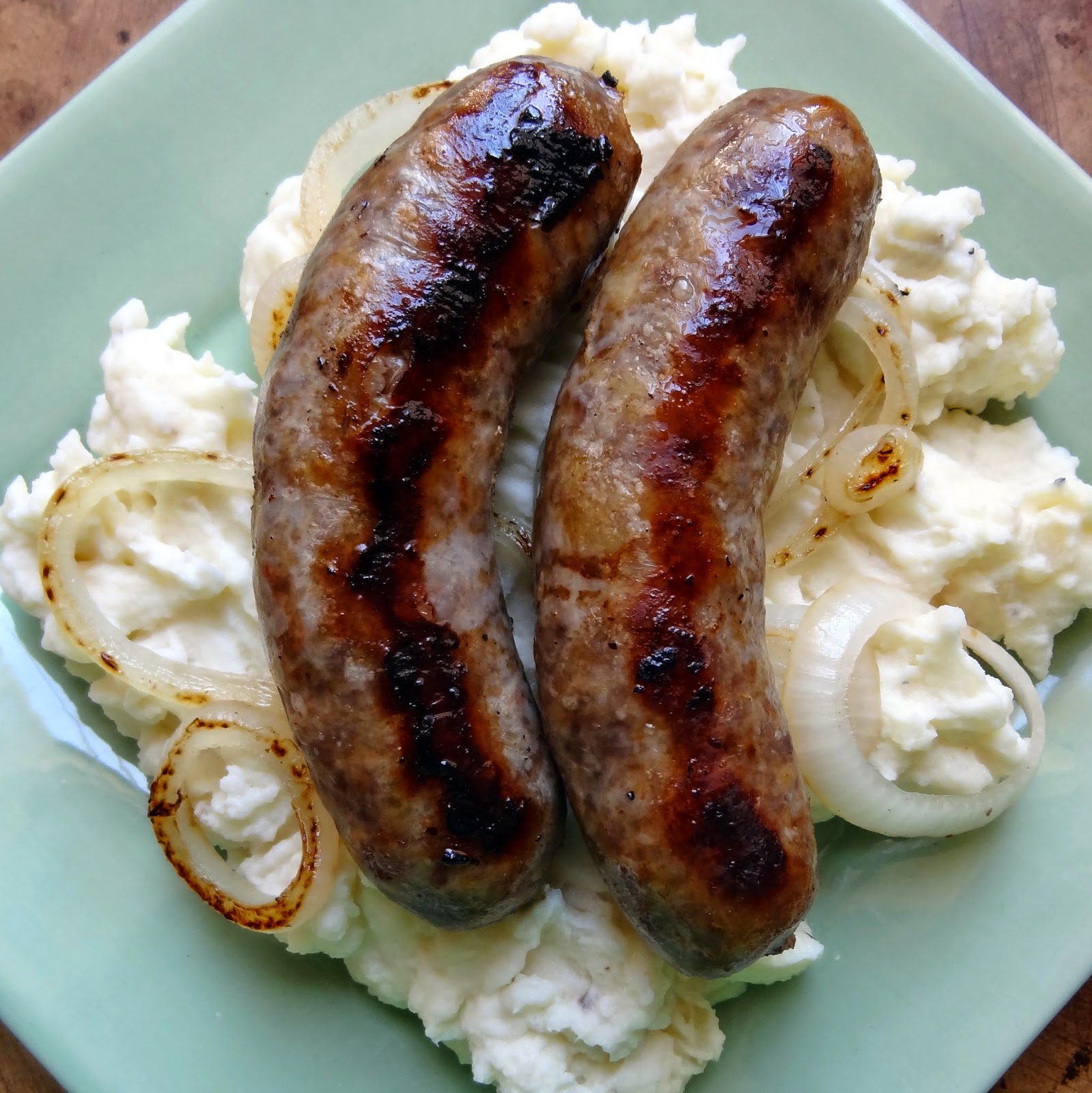