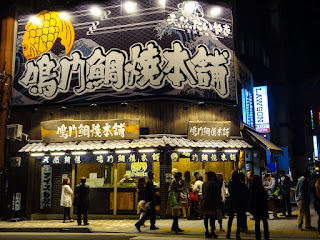 What don't you already know about Tokyo? It's the most populous metropolitan area in the world and the capital of Japan. Its GDP is more than most countries and more Fortune 500 companies are based in Tokyo than any other city. It has more 3 Michelin Star restaurants than any other city on earth. Its arguably one of the most important urban areas in our global community, at least at the time of this writing.

Tokyo has this reputation of Blade Runner-esque skyscrapers and dark grit, some sort of cyberpunk labyrinth of oriental urbanization. Don't believe me? Search "Tokyo" in google and click on "images." Highly stylized photos of an intersection of Tokyo, complete with glaring photo-shopped neon lights. And don't get me wrong, if that's what you're looking for, you can find it in pockets. But really, you're better off taking a gander at Singapore, Dubai, or Hong Kong.

Tokyo, and the surrounding suburbs, honestly kind of reminded me of Los Angeles, only bigger and better. Better public transportation, better and bigger parks, and much much cleaner. And of course, not a desert which can only make things prettier and greener. But despite being such a huge city, it didn't feel as big and scary as New York, with the skyscrapers looming overhead, taxis honking, and grim gothic architecture of its churches. I'm having trouble describing it and we didn't take a lot of pictures of the city. Just go there! 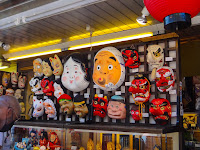 Part of what probably made me feel like it was similar to Los Angeles was that we stayed in a hostel in a wholesale district: Asakusabashi. It reminded me a lot of the wholesale districts in downtown LA, and it was conveniently close to everything in Tokyo without the price tag of staying in a fancy hotel.

My brother and I wandered around a lot as my mother likes to go to bed insanely early. We tried a lot of late night diners, konbini food (more on that later), and enjoyed peeking under the elevated train tracks where izakayas served patrons food and drink into the wee hours of the morning.

We also ventured into the Tsukiji fish market, which was impressive with the huge tunas and every fish imaginable for sale but I enjoyed the outer market more. I found what I think was around a 5kg bag of my favorite shiso katsuo ninniku for about $16, and debated smuggling it into my luggage but instead settled on a 0.5kg bag to enjoy during the trip. And yes, my mother and I ate every clove over the next several days for breakfast. It. was. glorious.

One unexpected downside to Tokyo? I'm pretty much allergic to the entire city during the spring. I've never been allergic to anything before, and I've been covered completely head to toe in cat dander, horse hay, etc, so when I started sneezing non-stop I was pretty nonplussed. Apparently the Japanese cedar produces pollen that a vast majority of the population is highly allergic to, so you will see a lot of medical masks on to prevent inhalation of the pollen. Apparently about 1 in 3 people are allergic to the sugi, or Japanese cedar, pollen that coincides with cherry blossom season. Down south, there weren't enough sugi to bother me, but when I came to Tokyo I instantly became this snotty, red nosed, puffy lipped, sneezing mess. Next time, I'm bringing antihistamines and may be even considering one of those masks (I wear them in surgery for work and I've always hated the feeling of breathing in my own hot breath so I avoid them unless necessary). 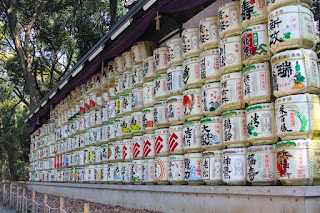 What will I be featuring for Tokyo? Stay tuned!

All About That Konbini Life
Sugar Margarine Snack
Negima Nabe