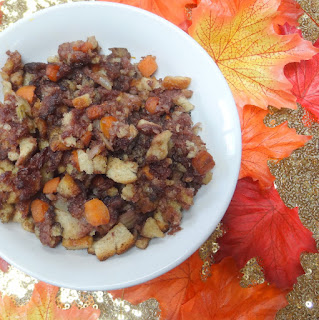 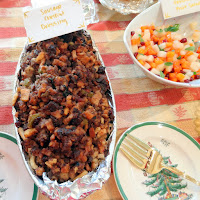 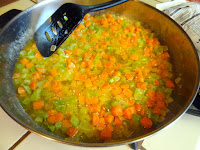 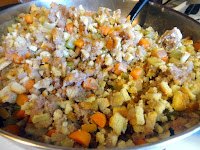 *Neat time saving tip: Trader Joe's and now other groceries have mirepoux containers with precut onions/carrots/celery, so you don't have to dice carrots, celery, and onions. Use two (roughly 12 ounce) containers if you choose to go this route.

Brown the sausage over medium heat in a large and deep skillet, making sure to crumble thoroughly with a spoon as it cooks. After the sausage is cooked through, add in the butter and stir until melted. 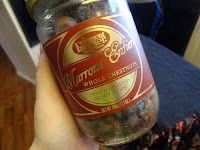 Add in the onions, celery, and carrots, and cook until the onions are translucent. Next, pour in the turkey broth and mulled wine and simmer for 3 minutes.

Sprinkle in the stuffing mix and chestnuts, folding the mixture carefully to evenly moisten the bread and combine all the ingredients. Serve hot! This can also be cooled down and refrigerated, then reheated in the oven or smoker to serve.

*Make your own by taking white bread or sourdough and cutting into small cubes (1/2” small), then toasting in the oven at 300 degrees for 8 minutes in a single layer on a foil covered baking sheet. 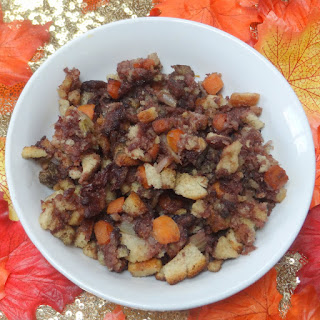